Evolution of Cloud to Fog Computing

Small business or a large enterprise, the way to store and access personal as well as business information has taken a massive revolution. Carrying the data on a physical device has become old fashioned now and with the rapid growth of World Wide Web network, users can virtually connect with any data that they have access for, anywhere in the world. In this article we will understand how cloud computing has emerged and has advanced to meet the demand of speed, security, efficiency and reliability.

In elementary terms – cloud computing is the technology of stocking and accessing data, applications and programs over an internet network instead of a local/home storage such as a computer’s hard disk.

In cloud computing, the word cloud is adopted as a metaphor for internet so the phrase cloud computing means “a breed of Internet-based computing,”
The concept was executed in the early 2000, however, the origin started in the mid-70s, when the cloud symbol was used in the original ARPANET and the CSNET to represent networks of computing equipment.

The primary goal of cloud computing is to apply a methodology in traditional super-computing or high-performance computing power to operate colossal computations per second in various applications, platforms and infrastructure. To achieve this, cloud computing uses networks of shared IT architecture containing large pools of systems and servers.

With low maintenance and charges based on usage, cloud computing’s layered architecture allows the client to purchase services at different level of abstraction- IaaS, PaaS and SaaS, depending upon their requirements. It gives  location independence as users can access these services anywhere with an internet connections and a standard web browser, providing multinational work force working on a single project.

We just have too much data! – ‘The Need’

Although, cloud computing facilitates saving the cost and headache of storing data yourself as long as all you need to do is transfer the data back and forth via super speed wiring. But we live in the world of mass connectivity. In a new Boeing Co. 787s, almost every part of the plane is connected to the Internet and as per Virgin Atlantic a single flight itself generates half a terabyte of data. Point being, we need the information on an array of mobile devices – the problem- bandwidth is pretty slow. The modern 3G and 4G cellular network aren’t nimble enough to transmit data to the cloud at the pace it is generated.

On top of that, these oceans of data needs to be secured as well, which is one of the elite concerns for businesses, because they not only pose to lose their reputation, but are also constrained by the law to keep it protected. By registering to cloud, it provides the liberty of accessing data from service providers in any part of world. But this comfort comes with the peril of security and privacy.

This triggers the idea of cutoff focusing on cloud and embark figuring out how to store and operate the cascade of data that is being generated by IoT these days. Contrived by Professor Salvatore J. Stolfo, Fog computing, also known as fogging, is a disseminated computing infrastructure in which application and its services are handled either at the network edge or in a remote data center- cloud, yes the one discussed above!

Fog Networking consists of a control plane and a data plane, where most of the processing takes place in the data plane of a smart mobile or on the edge of the network in a gateway device. 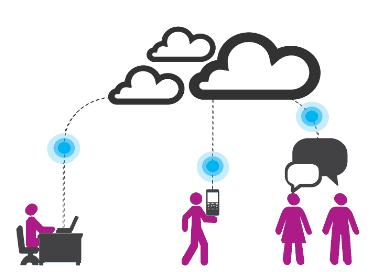 As discussed, in fog computing, much of the processing takes place in a local device. This type of computing creates a virtual platform that provides networking, compute and storage services and functions in the middle of cloud data centers and end devices.  These services are central to both fog and cloud computing. Fog computing can be treated as a broadly decentralized “cloud”, that functions close to the level where data is generated and most often used. This enables data management, compute power, reliability and recovery limited only to those end users who meet its requirement. Now, since most of the information will be processed by the local end user, only tailored amount of summarized information can be transmitted up to the cloud and also down from the cloud to the local operation. This reduced the burden of cloud bandwidth as 80% of data is needed within the local context. This further makes fog computing  a practical solution to latency, delivering high quality multimedia application process data with low delay and packet loss. 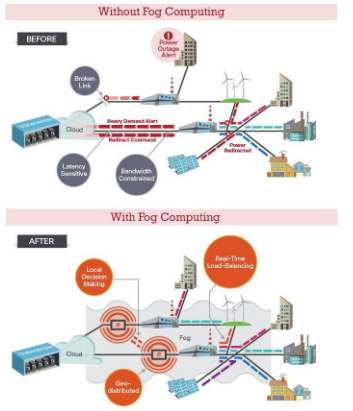 Although data in cloud is encrypted, it stays en-route for a length and it becomes more vulnerable to security threats. Here, fog provides the shortest possible distance between the client and the server and hence reduces the risk of data security breach. 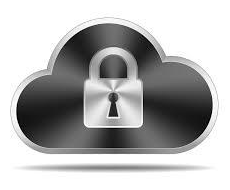 Alright, so what is the difference?

Technically, the concept of fog computing is quite similar to cloud computing, keeping in mind that both are made up of virtual systems and share many of the same mechanisms and attributes providing the flexibility and scalability of on demand provisioning of computation, storage and networking resources. However, with respect to demand emerging trend in networking, the two technologies have a wide barrier.

As the names suggest, whereas the cloud is located up in the sky, somewhere distant and remote, fog is close to the ground where operations are executed. This explains why in cloud computing, the distance between the client and the server is carried over multiple hops dissimilar to fog. Cloud computing comprises and uses more powerful servers harnessed together. On the other hand, fog uses weaker and dispersed computers that are already around us, connected together. Unlike cloud computing, fog entails proximity to end-users and client objectives, elaborate geographical expansion and local resource pooling. In contrary to cloud, the number of servers in fog computing is very high and is located at the edge of local network. Wait! There are few cons as well:

Although there are heaps to be developed in this new technology, as of now, it is surprising to add that a few advantages of fog computing function as its drawback.

The sustainability: Future of Fog

The world is growing and so is the data and it would continue to do so. Keeping this fact in mind, the urge of agility and flexibility of big data application taking the form of IoT and its low latency requirements, a decentralized model for computing is looking bright. With the necessity of more and more data transmission in less and less bandwidth, fog computing will provide a viable architectural solution to meet this demand. Another aspect over which fog can be really meaningful is that it uses wireless routers, IP video cameras, switches, and computer chips which are continuously making an advancement and fog can accommodate them, unlike cloud, to generate data near the device. With the growth in sensor technology, Air conditioning in a building for an example, fog computing can be applied to each sensor in the building which can transmit data among all the sensors and the readings can be combined to form accurate measurements and automatically take the necessary action. Some of the major scenarios where fog computing can meet its application requirements can be summed as: From the above analysis, it is quite apparent that fog computing performs better than cloud in meeting today’s demand of emerging paradigms that require faster processing and less delay. With the introduction of this concept, we can really focus on the services of IoT and its advancement.
One fact that I can’t escape without mentioning is although, fog computing and its application looks diverse, it can’t replace cloud and become the sole cloud computing module of the future. Where large amounts of resources are required, independent of delay factor, it can be handled by traditional cloud computing technology at a lower cost. It would  be safe to state that there is no fog without cloud. They both co-exists, serving two different sectors and complementing each other wherever required.

Aakash is a senior stakeholder in the product development team of RankWatch. He has a keen interest in data operations and is very passionate about tuning data into logical interpretation and decision analysis. In his spare time, he likes to explore ambitious ideas and travel.

Interesting article! I am not a very techie person but it is written in a way that can be easily understood by anyone.

Very detailed piece! To put it poetically – it cleared the clouds and lifted the fog 😀

Wow! what an piece of work this is. This is one the best article on cloud computing that I have ever come across. Nice work. Keep writing! Cheers.

How is Machine Learning changing the world?

Have you ever heard about the famous Beer and Diaper theory? Walmart, the world’s largest retailer, “supposedly” created this theory...

Data Science and How it helps Businesses Grow

“There were 5 Exabyte of information created between the dawn of civilization through 2003, but that much information is now...

Which links does Google care most about: Follow or no-follow?

It is a unison of numerous skill sets that involves creating quality content, reaching out, making convincing pitches, conducting surveys...