YouTube’s New Ad policy: A Hit or a Miss?

YouTube has become the breadwinner for many a people. It has catapulted many personalities to unprecedented fame, even sprouted celebrities from YouTube popularity.

With the likes of PewDiePie, Justin Bieber, Yuya and thousands of others content creators publishing a variety of content, new content creators are bound to spring to the video hosting platform for an opportunity to get to fame or maybe earn a quick buck.

YouTube’s monetization had been a way to earn a small income or a little fame for many years, even if that has been marginal for content creators that aren’t very popular.

But with YouTube’s new monetization policy, that scenario has changed. 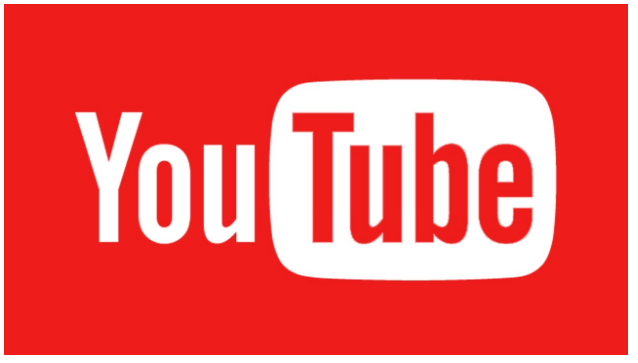 YouTube’s blog post claims that the new ad policy dictates that a channel needs to have a minimum of 10,000 lifetimes views to be eligible for the YPP. The VP of Product Management at YouTube, Ariel Bardin, wrote, “After a creator hits 10k lifetime views on their channel, we’ll review their activity against our policies”.

Even after a channel receives 10,000-lifetime views, they do not get direct monetization.

Every eligible channel is supposed to submit a monetization request which will then be reviewed to gauge if the channel is complying with the guidelines provided by the video hosting service. Only after the approval against the YouTube’s policies can a channel be eligible for the YPP and eventual monetization.

All channels that already meet the minimum threshold will remain unaffected; so will any earnings made prior to this change.
This change only affects new users and channels that otherwise do not meet the criteria.

YouTube had always allowed almost relentless freedom to its viewers in the past.

So why this sudden move?

This decision by Google comes in after more than 250 big brands withdrew their YouTube ads programmes last month. The reason so many of YouTube ad affiliates withdrew was because their ads were being displayed on videos that were hateful, extremist, homophobic, and anti-Semitic in nature.

The list of brands that withdrew their paid YouTube ads programme includes L’oreal, Mcdonalds, Tesco, The U.K. Government amongst many others around the globe.

The fear of big brands seeming to unintentionally sponsor and fund extremists and terrorists sparked concern in the big business communities prior to their withdrawal, even forcing an apology from Alphabet’s Google.

Google’s Matt Brittin issued an apologetic statement over the issue. He said, “I would like to apologize to our partners and advertisers who might have been affected by their ads appearing on controversial content. We take our responsibilities to these industry issues very seriously.”

This highlights the extent to which original and known content was helping the wrong people. YouTube was even blamed for making money by such means.

The 10,000 views per channel threshold hopes to prevent fake accounts and channels from publishing unoriginal, pirated, and stolen content to publish on their channels to make money.

This move is largely welcome by original content creators since it secures their work in many respects. It will be hard for people to find random good content, publish it and make money off of it without a hassle.

This move is one of the more radical policy changes that YouTube has adopted in a while.

What does this mean for YouTubers?

So how much does it affect YouTubers?

Morjax, a YouTube gaming content creator found that only around 20% of YouTube channels will be affected by this, which still accounts up to around 2.5 million channels.

He claims that most of the more than 2 million affected channels will be spammy, unoriginal content publishers rather than legitimate content creators who publish good content.

Morjax himself falls in the lower spectrum of YouTube content creators with 3156 subscribers as of writing this article.

According to Morjax and many other YouTubers, the 10,000 views threshold doesn’t mean much.

Even other YouTubers estimate that achieving 10,000 views generates a revenue of around $14, which, although not ignorable, is not reason enough to demotivate someone to create content on YouTube.

This change shouldn’t affect legitimate content creators and the question of monetization isn’t concerning since the new policy change does not shear off any significant chunk of any YouTuber’s income. 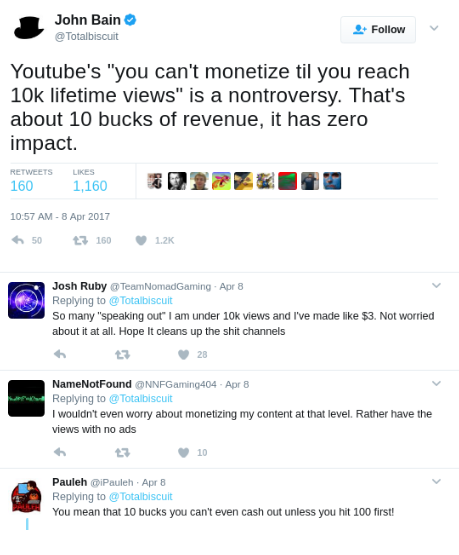 Last month, Google had also announced a ‘Fact Check’ feature for its search engine to verify facts by corroborating information with PolitiFact and Snopes.

They had also shown commitment to employ more staff to monitor inappropriate content in the deluge of YouTube videos increasing at the rate of more than 300 hours of videos with every passing minute.

Conclusion
All in all, YouTube seems to be heeding the response of the community in acknowledging the problems that their wide-reaching platform has had.

As such, their recent policy change, as well as the future commitment to better content monitoring on YouTube, seem to be well received by the community as a whole.

As a hulking giant of the video hosting industry, there’s a great onus on YouTube towards what it provides and distributes on the platform.

For now, they seem to be taking the responsibility.

Vaibhav is the Co-Founder of RankWatch and feels his soul ambition lies in the field of Internet Marketing and subsequently helping businesses succeed online.

this is a quite responsible step take by YouTube teem and as a youtuber I can understand that for newcomers it is really very hard to reach 10K views in start after some point it becomes usual. This decision has surely some mixed effects.

While the well-established accounts on YouTube remain unfazed by this new ad policy, this might trigger outrage among the ones that have just started out. This could work in either way – it could motivate content creators to reach minimum threshold or force them to give up without even trying. It depends on how one sees it.

That was one really helpful article. I would never realise the benefits of email signature if it wasn’t for you. I’m really looking forward to setting up an email signature today and see how it turns out to be. I’ll keep you posted on this. Again, many thanks for the information.

Thanks for the information, Vaibhav. This was a much-needed initiative to deter spammy accounts from flooding YouTube with inappropriate content. I’m a little surprised why YouTube took so long and waited until advertisers withdrew their paid campaigns, to enforce this ad policy.

I have just started out as a YouTuber and yet to achieve the minimum threshold of 10,000 views, but I’m really close and quite excited about it. Fingers crossed! By the way, thanks for the information.

The other thing this doesn’t address is how they plan to institute revenue sharing from Youtube Red viewers. It makes a very small percentage of a Youtuber’s overall income, but if you get popular with the right crowd, that’s a few extra bucks that they’re just keeping.

The 5 Groundbreaking Video Trends to Watch Out for 2020

The ever-growing craze in video marketing keeps evolving. With millions of videos uploaded to the internet every second, there are...

6 Powerful Reasons to Use Video Marketing for Greater Success

Every marketing strategy, such as paid advertisement and hiring influencers has an outcome. It fails. It is in the inconclusive...

Which links does Google care most about: Follow or no-follow?

It is a unison of numerous skill sets that involves creating quality content, reaching out, making convincing pitches, conducting surveys...