When you develop a post for your company’s blog, how much time do you spend brainstorming the topic, writing the copy, and revising the end product? A few hours? Now, think about how much time you spend developing the headline. You probably throw it together in 60 seconds, right? 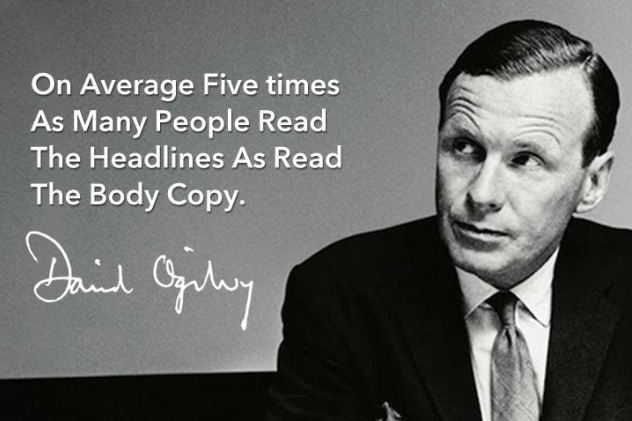 Well, successful advertiser David Ogilvy is quick to point out that five times as many people read the headline as the body. If that’s true, then doesn’t the headline deserve more of your focus? 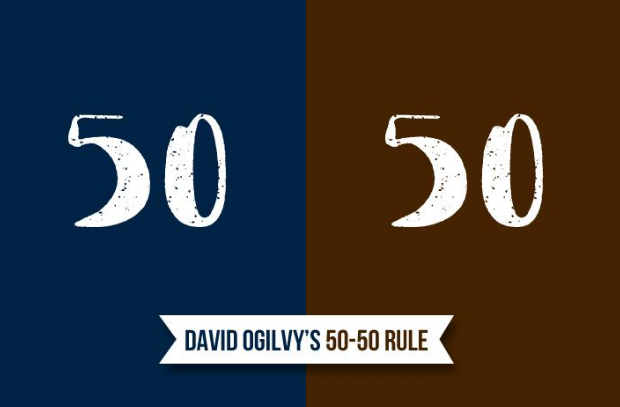 Ogilvy believed so strongly in the power and influence of headlines that he once rewrote the following headline for an automobile advertisement more than 100 times: “At 60 miles an hour, the only thing you hear in the new Rolls Royce is the ticking of the dashboard clock…”

But Ogilvy isn’t the only one to believe in the power of the headline. As blogger Brian Clark explains, master copywriter Gene Schwartz would often spend an entire week working on the first 50 words of a sales piece.

While Ogilvy lived in an era dominated by print advertisements and content, he was onto something. Now, in an age of social media, his 50-50 Rule rings truer than ever before.

Think about the volume of content you’re exposed to on social media. Most of the content you see shows nothing more than a headline and a thumbnail image. Much of your decision to click on an article is directly tied to the headline. And you aren’t alone. This is the way everyone interacts with content in 2016.

“Ogilvy might even have underestimated how valuable headlines are,” marketer Pam Neely suggests. “In the world of social sharing, your headline may be the only part of your post that people read. That’s because most of us aren’t reading the articles we’re sharing. We just see the headline, the source, and maybe a catchy image. And we share.” 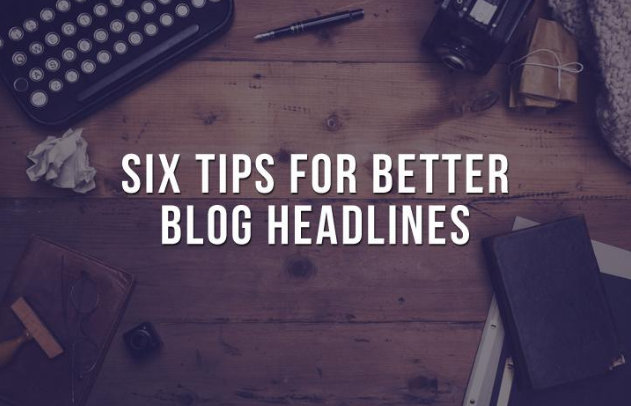 If the idea of spending more than five minutes brainstorming and writing a headline sounds impossible to you, then you don’t have an accurate picture of the value of headlines. Spend some time researching the role headlines play in search rankings, social shares, clicks, and conversions and you’ll begin to see a clear picture unfold.

But where do you start? Besides just spending more time coming up with headlines, what can you do to come up with better headlines? Here are a few tips and suggestions that have worked for other successful content marketers:

“Numbers are a time-honored trigger to get your readers to pay attention to your content,” blogger Mike Hamers says. “When you use a number in a headline, whether in a blog post, an e-mail subject line, an advertisement, etc., you immediately hook the reader’s interest.”

You’ve seen numbers in many successful headlines, but why exactly do they work? For starters, they provide a clear promise and distinct structure. If you have a headline that reads Wash Your Car in 8 Easy Steps, then the reader knows exactly what they’re getting. There’s no question what the article will be about.

Secondly, the human brain likes numbers. We feel comfortable with lists and are drawn to simple numbers like 3, 7, 10, and 12. As Hamers says, “In a world of vague promises where words and names are diluted beyond any value, a small number holds the promise of meaning, integrity and accessibility.”

Have you ever noticed how some people have an uncanny ability to influence people with their words? Think of great orators like Winston Churchill, Ronald Reagan, and Barrack Obama. Their words consistently pierce their audiences and move them to action.

“It’s no accident,” entrepreneur Jon Morrow notes. “Smart speakers, as well as their speechwriters, sprinkle their speeches with carefully-chosen power words, drawing the audience from one emotion to another as skillfully as any novelist or screenwriter.”

When writing headlines, you should try to use strong and powerful words as well. These include fearful words – such as agony, horrific, searing, teetering, and vulnerable – encouraging words – like bravery, courage, jubilant, and miracle – and even promiscuous words – such as sensual, scandalous, hypnotic, and tantalizing.

Keep it Short and Simple

Headline length is something that has been discussed for years. What’s the optimal length? Well, there isn’t an official answer. It depends on what you’re doing. However, most experts agree that short and simple is best.

Blogger Julie Neidlinger has studied this topic a good bit and has come to the conclusion that it’s best to stick with short headlines that are five words or less and information-rich. That may seem like a contradiction, but it’s usually possible.

When you stick to five words or less (and it could be six or seven words if you need it to be), you’re forced to cut out the fluff and focus on what really matters. As a result, your audience doesn’t have to sift through extra verbiage to decide whether or not to click or share.

Even more important than the length is the order. You should try to frontload your headlines with all of the important words at the beginning. This matters for a few different reasons. First off, you don’t want your keywords to get cut off by search engines or other platforms that clip titles after a certain number of characters. Secondly, people tend to notice the first word of a headline first.

“So, for example, ‘The 3 Best Methods For Training Cats’ is fine, but it might be better written as ‘3 Cat-Training Methods That Top The List,’” Neidlinger points out. “You give your reader the best part at the start.”

People respond quickly when they feel like time is of the essence. This is why many of the world’s greatest writers instill urgency in their headlines. (Just read this article by entrepreneur Marcus Taylor to find out how he increased sales by 332 percent as a result of instilling urgency in his audience.)

But what does instilling urgency in a headline look like? Well, there are many different techniques. You can set a deadline by using phrases like “tomorrow” or “by 5 p.m.” You could also use time-sensitive language like “don’t miss out.” You can even create demand with scarcity by telling your readers that you have a “limited time offer” or are “running out.”

You never want to lie to or deceive your readers, but you can use urgency to move them along. Just one or two words can completely change your entire piece of content.

Even if you don’t have a plan for writing different headlines, here’s one thing you can do. Take five minutes between the time you finish writing your content and when you plan on publishing. Use the entire five minutes for brainstorming. Pull out a blank piece of paper, grab a pen, and just start writing things down. Whatever comes to mind is fine.

At the end of the five minutes, you should have 10, 20, or 30 different headlines and dozens of other words and ideas floating around the page. Chances are, you’ll be able to use this collection of phrases to come up with a headline that’s exponentially more powerful than the headline you would have jotted down in less than a minute.

You are only one person, which means you’re limited by your own sense of creativity and experience. If you really want to diversify your headlines and create titles that draw people in, tap into the resources you have around you.

The best thing you can do is ask for input. Send your content to four or five trusted coworkers or friends and ask them to each give you two different headlines. You’ll be surprised by the diverse responses you receive. If nothing else, a headline they suggest may set you off in an entirely new direction. 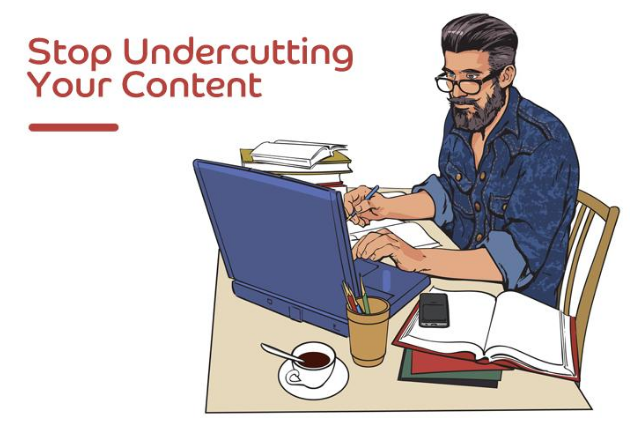 You may be the best content writer in the world, but you certainly aren’t getting the maximum return on your investment if you aren’t spending enough time writing headlines. You’re essentially undercutting and devaluing your work.

You don’t have to rigidly follow David Ogilvy’s 50-50 Rule or rewrite a single headline 104 times, but you should be spending more than 30 seconds on it. Use the 50-50 Rule as a guide and make sure you’re giving your headlines enough attention.

Headlines play an important role in catching attention, especially when readers of this era have the lowest attention span ever. This was, indeed, a great article. Thank you so much for sharing.

I really enjoyed reading this article. Using numbers in titles and headlines is, however, the one common practice that always works. And, yes, an influential headline makes the first impression right, which is all that matters.

Content syndication is one of the newest techniques that promise to work wonders for brands.  But for us marketers to...

10 Tips how to create your first content marketing funnel

A content marketing funnel is essential for any business that wants to improve their sales funnel. If you are wondering...

How updating your old articles can boost SEO rankings

As we all know, SEO is a process that needs to be done monthly. There is not a single solution...

Tired of losing your traffic to top SERP competitors?

Get ready to take them down with SEO IQ 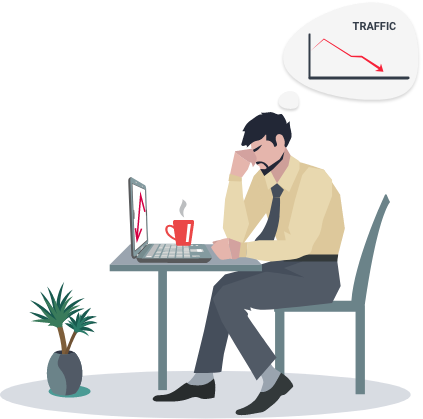